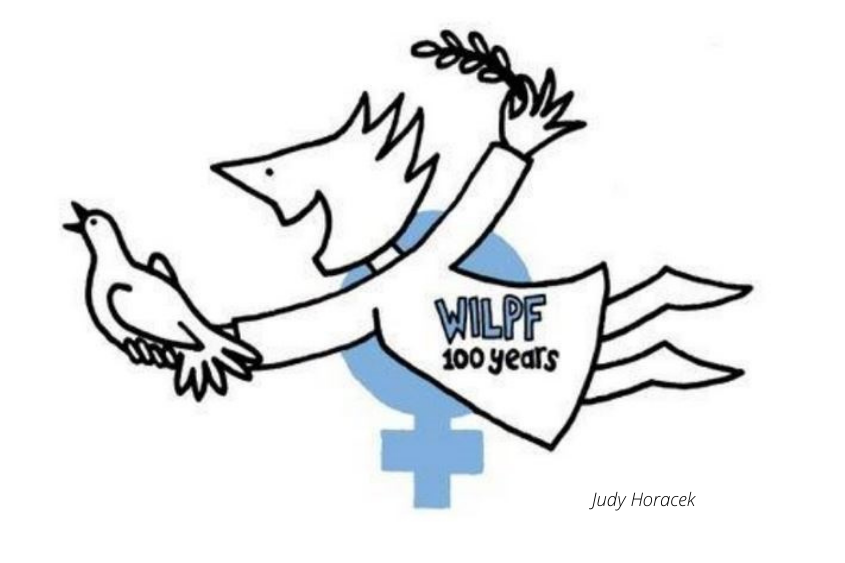 It’s May 1919. Can we even begin to imagine what it was like for a small group of women to travel from Australia to Zurich for a second international women’s peace congress?

It was four years since 1300 women from allied and enemy territories had come together in The Hague for the first International Congress of Women: to protest war and to set out resolutions for ending all wars. They called themselves the International Committee of Women for Permanent Peace.

It was only one year since the world war which decimated Europe had ended. From Melbourne came Eleanor Moore, a member of the Sisterhood of International Peace, and Vida Goldstein and Cecilia John who were both members of the Women’s Peace Army.

In a time when globally most women still did not have the right to vote, these women gathered at this second conference and powerfully voiced proposals for actions to bring peaceful resolution of the hostilities.

It was here that International Committee of Women for Permanent Peace adopted a constitution and the name the Women’s International League for Peace and Freedom (WILPF).

“What a history of perseverance and survival”

On their return to Australia in 1920, the women saw the Sisterhood of International Peace become the Australian Section of WILPF based in Melbourne. The same year, WILPF branches also sprang up in Newcastle (New South Wales), Rockhampton (Queensland), Melbourne (Victoria) and Hobart (Tasmania). By 1928 a WILPF branch had formed in Perth.

By the end of the Second World War the branches had largely gone into recess, to be reformed during the early 1960s. Currently state Branches are located in Adelaide, Brisbane, Canberra, Hobart, and Sydney, with outreach to members living regionally and interstate.

In 2020 – one hundred years on, WILPF Australia continues the work of our foremothers in articulating the issues and bringing about better representation of women in peace processes; total and universal disarmament; and a reduction in militarism.

The WILPF Australia family now also includes the YWILPF Network (the Y stands for Young). A part of WILPF Australia and WILPF International, YWILPF provides a space for members aged 35 and under to engage in the principles and goals of WILPF and to bring new perspectives, experiences and ideas to the organisation. Importantly, WILPF’s work for enduring peace grows bringing in a new generation of women to promote peace and social justice into the future.

As YWILPF says: Here’s to the next 100 years of feminist peace activism.