Breaking Through the Addiction to Weapons – WILPF Webinar 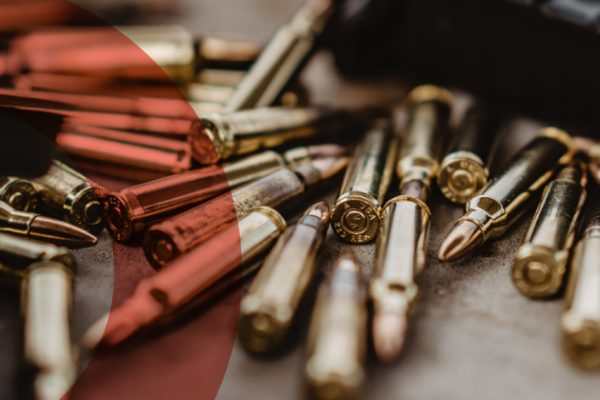 View Breaking Through the Addiction to Weapons: Feminist Critiques of Militarism, webinar, 26 May 2021.

WILPF representatives Ludmilla Kwitko and Barb O’Dwyer in Australia join WILPF Sections from Aotearoa, Japan, Germany and Italy to present and compare recent developments in militarisation in their countries, and to consider feminist alternatives to military spending.

Taking place in the midst of a devastating wave of militarist violence in Colombia and Palestine, and on the heels of a new report by the Stockholm International Peace Research Institute (SIPRI) revealing that global military expenditure rose to nearly $2 trillion in 2020, the webinar highlights the devastating impacts of militarism on people, communities, and the planet – including the disproportionate impacts of conflict on the world’s most marginalised populations.

Building on the momentum of the recent month-long Global Days of Action on Military Spending, the speakers offer recommendations for “moving the money” from militarism – including spending on research, arms development and sales, and military bases – to investments in public infrastructure and the environment.

A history of activism for a future of peace

WILPF has been a leading voice for the elimination of weapons and militarisation since we were founded in 1915 in the midst of the First World War.

In the resolutions emerging from our very first Congress that year, WILPF’s founders noted that “… the private profits accruing from the great armament factories [are] a powerful hindrance to the abolition of war.” Since then, WILPF has been calling on governments to end their participation in systems of violence and exploitation and reallocate military budgets for a future of peace, justice, and human security.

Today, along with WILPF Sections all over the world, WILPF is bringing sharp focus to its activism in this crucial area – leading analysis and advocacy for disarmament, the reduction of global military spending, and the gendered impacts of weapons, conflict, and disarmament processes.

Yet despite decades of activism by WILPF and feminist peace activists around the world, global military spending continues to increase year after year – with 2020 bringing the biggest year-over-year rise in military spending as a share of GDP since 2009.

Occurring in the midst of a global public health crisis, these historic levels of military spending underscore governments’ continued prioritisation of profit and misguided notions of “security” over human lives and community resilience.

Be part of the movement for change

Whether you’re currently involved with WILPF or you’re just learning about us, you can help build a future of feminist peace by joining the conversation to gain a global perspective on military spending, learn about feminist solutions to reverse the harmful effects of militarism, connect with other peace activists and find out how you can take further action.