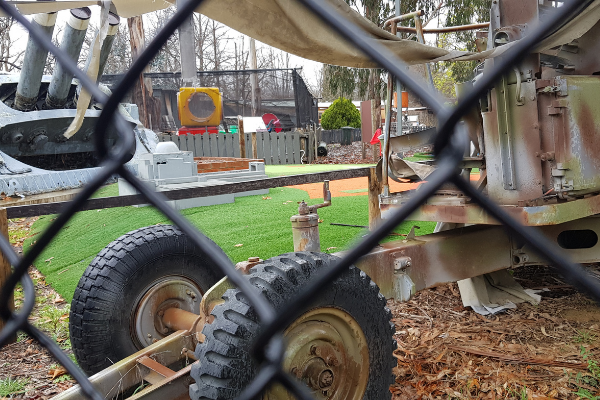 WILPF Australia launched its demilitarisation campaign on Thursday, 28 October 2021 – during the UN International Week of Disarmament – with a webinar analysing the increased normalisation of militarisation in Australia. The webinar was underpinned by a ground-breaking report released by WILPF in May of this year, Militarisation in Australia: Normalisation and Mythology, which dissects the implications of normalised military involvement in Australian society. The report outlines key areas of concern, specifically increased military spending, an ever-expanding defence industry, and increased military engagement in civilian-domestic spaces as seen in the emergency response during the COVID-19 pandemic.

With more than 100 registered, the webinar showcased four speakers who discussed the report and the importance of demilitarising Australia.

WILPF Australia President, Margaret Reynolds, set the tone for the webinar by questioning the prioritisation of military objectives over diplomacy within the modern Australian political landscape.

WILPF Australia Asia-Pacific Liaison, Dr Ludmilla Kwitko, discussed the concerning reality of these priorities, which have seen a 50% increase in Australian military spending between 2010-2020, whereby funds have been funnelled into costly defence vehicles instead of community needs like health and education.

PhD candidate in Pacific Studies at the Australian National University, Talei Mangioni, brought a Pacific perspective to the conversation around the need for Australia to build solidarity with its neighbours in its approach to peace and security.

Associate Professor of Peace and Conflict Studies at the University of Queensland, Nicole George, spoke on how masculinised language is used in dominant security discourse, and the role that it plays in militarising approaches to peace.

The webinar culminated in offering an alternative to Australia’s current militarised trajectory. This alternative shifts the focus away from a reliance on the defence industry, and onto building sustainable communities supported by increased community spending, targeted job creation in ethical industries, and a strengthened civilian capacity to deal with domestic emergencies.

Underpinned by WILPF’s values of peace without violence and equality for all, the demilitarisation campaign encourages Australians to question these masculinised perspectives on achieving peace and security through armed forces. Those in support of a more peaceful approach are invited by WILPF to sign the demilitarisation pledge today.