“We Want YOU!” to help us in Australia’s demilitarisation 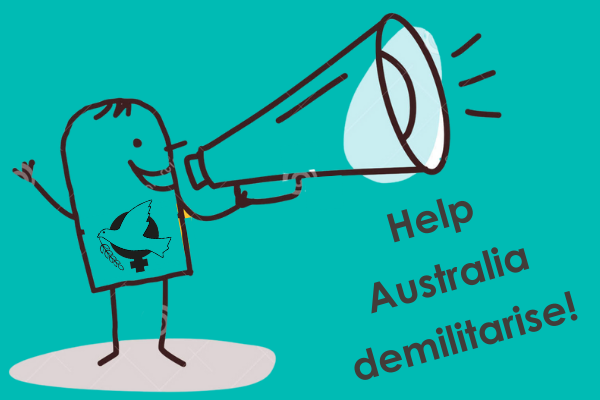 Just over a century ago, the notorious Uncle Sam appeared on posters around the United States, encouraging young men to join the United States’ army in a veiled performance of patriotism. The two World Wars saw Australia follow Great Britain into a cumulative ten years of devastation and heartbreak, which would be glorified as a heroic show of “mateship” in generations to come. Half a century later, the Australian government would once again follow a great global power – this time the United States – into another war and force young men from across the country to leave their homes and fight for their lives in Vietnam.

These dark times feel far behind us, with our iPhones and the interconnected world we navigate today. However, as the Australian Government continues to expand their nuclear weaponry and form alliances based on military strategy, notions such as disarmament, peace and freedom feel as far away as they ever have.

Margaret Reynolds, the president of the Australian branch of the WILPF, unpacks the historical and contemporary requirement for disarmament – and calls on advocates from every generation to join our campaign to demilitarise Australia.

That’s why “We Want YOU!” to become our ally in WILPF’s disarmament and demilitarisation campaign. You can help make small changes to the future of our nation by doing any – or all – of the actions below:

If you would like to find out more about the Women’s International League for Peace and Freedom, listen to more of Margaret, or understand the impacts of the AUKUS agreement, see the below articles.