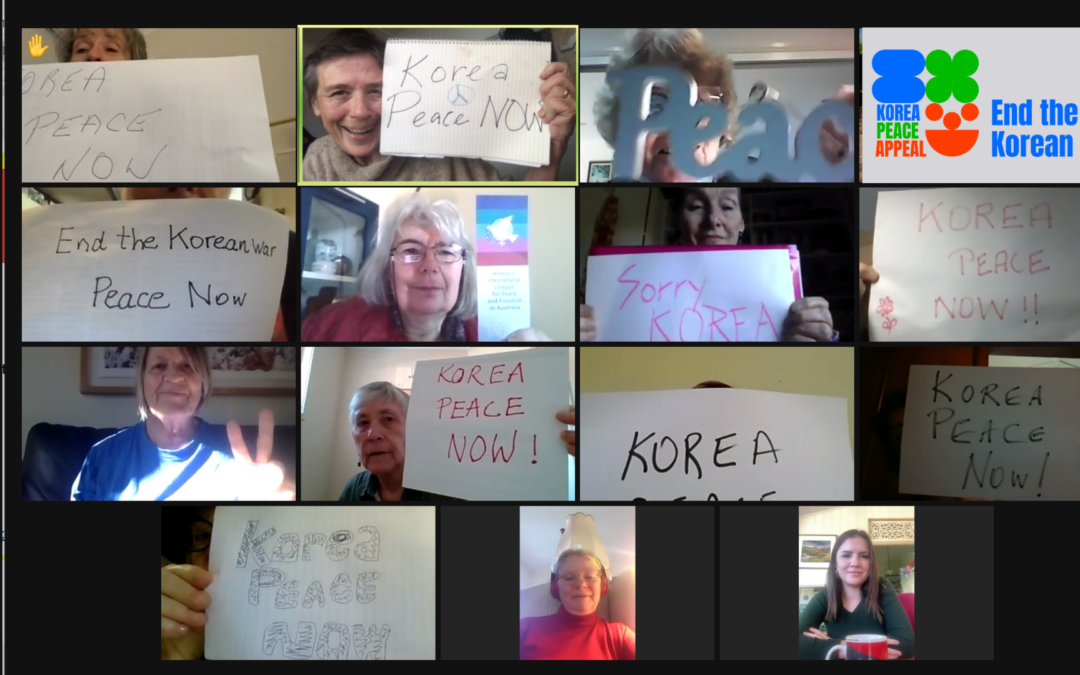 WILPF Australia is actively supporting the international campaign for a peace treaty to be negotiated between North and South Korea.  Since 1953, there has only been a ceasefire in operation.

Internationally, WILPF was one of the initiating partners in the Korea Peace Now! campaign, a global coalition of women’s peace organisations calling on the United States, North Korea, South Korea, and China to end the Korean War, sign a peace agreement, and include women in the peace processes.

WILPF Australia wrote to the Australian government in 2018 and 2019 urging it to support women’s advocacy for peace on the Korean peninsula and women’s participation in the peace process.

Last week, Margaret Reynolds, the WILPF Australia President, wrote to the Foreign Minister, Senator the Hon Marise Payne, reaffirming WILPF’s ongoing support for this campaign and asking that she communicate Australia’s support for a Korea Peace Agreement to her South Korean counterpart.

The campaign for the peace treaty is continuing, with the aim of having a peace treaty in place by 2023 – 70 years since the ceasefire!

WILPF Australia has signed the new Korea Peace Appeal which seeks to:

Anyone can sign up to the appeal and all signatures will be sent to the UN, and the governments of North and South Korea, the United States, and China.