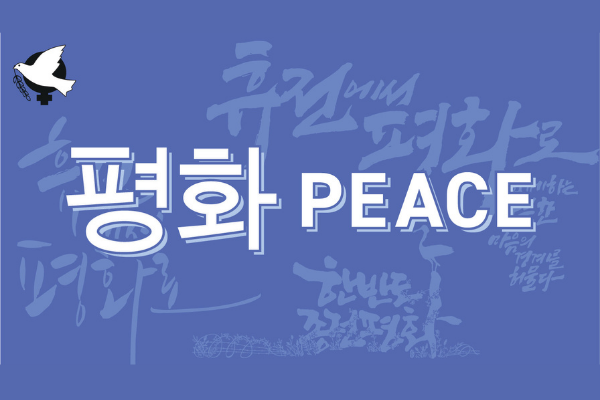 Over 70 years after the Korean War first ignited, a formal peace agreement has yet to be reached – meaning the war that wreaked havoc on the Koreas, with four million casualties and 10 million families separated, continues to this day.

This International Day of Peace, the Women’s International League for Peace and Freedom stands in solidarity with generations of activists and advocates to demand an official end to the Korean War – and the start of a new era of peace in the Korean Peninsula.

We are united in this call to action with Korea Peace Now! Women Mobilizing to End the War, Women Cross DMZ, the Korea Peace Appeal, and the countless other feminists,  women-led and civil society campaigns that have been organising across the world in support of a peaceful final conclusion to the Korean War.

The “three-year” war that never ended

The Korean War began just five years after the country was liberated from Japanese colonial rule at the end of the Second World War. When negotiations between the United States and the Soviet Union failed to establish a single government, Korea was divided into two separate states – the Republic of Korea (ROK) in the south and the Democratic People’s Republic of Korea (DPRK) in the north.

The division precipitated the three-year-long Korean War (1950–1953), which saw the US and 15 other countries send combat forces to ROK to repel the north, while China sent its volunteer army to support DPRK.

Within three years, millions of people had been killed, harmed, or displaced, and the two states had been ravaged by widespread destruction. Today, many families remain separated – unable to cross the border and traumatised by generations of loss.

Although an armistice agreement was signed by DPRK and the US in 1953, bringing an end to active fighting, the war itself has never been resolved – and can re-escalate at any time.

Deadlocked on the path to peace

The adoption of several resolutions by the United Nations Security Council (UNSC) intended to influence DPRK’s abandonment of its nuclear program have failed to achieve their goals, impeded by hostile relations that have remained high ever since the armistice agreement was first signed. Today, the Korean Peninsula continues to be affected by militarisation, the ongoing arms race, and the constant threat of nuclear action.

Yet signs of progress have been emerging.

In recent years, DPRK announced a decision to stop all nuclear and intercontinental ballistic missile tests and shut down its nuclear test site as a confidence-building measure. The ROK and DPRK militaries also signed a comprehensive military agreement to completely cease all hostile acts against one another, as well as measures to transform the Demilitarized Zone into a peace zone.

But because a formal peace agreement has not been established, tensions remain vulnerable to political turmoil. In June 2020, for example, DPRK destroyed the inter-Korean liaison office in Kaesong after ROK authorities failed to prevent anti-DPRK messages from being sent across the border – demonstrating the ongoing challenges of inter-Korean reconciliation without a guiding framework.

Today, negotiations between DPRK and the US remain deadlocked, while US and UN sanctions, as well as US–ROK combined military exercises, continue to exacerbate the situation. Moreover, the Biden administration is continuing to uphold the previous administration’s policy of banning all US citizens from travelling to DPRK – hindering the reunion of separated families and preventing humanitarian assistance from reaching the most vulnerable people in DPRK.

WILPF demands action for a future of peace in the Koreas

The Koreas – like all nations – have the right to determine their own future. Periods of progress over the past several years towards improved inter-Korean relations have sent a powerful message about the two states’ shared desire for a peaceful path forward.

Together with feminist peace activists around the world, WILPF demands that a series of tangible actions be immediately undertaken to officially end the Korean War and put the Koreas on a path to self-determined peace.

For individuals and civil society organisations: How you can help

If you are an individual or representative of a civil society organisation interested in helping to bring a formal end to the Korean War, we recommend the following actions:

To learn more about the Korean War and women-led efforts to promote peace in the Korean Peninsula, please visit the following resources:

PDF: WILPF Statement for International Day of Peace 2021 – this Statement, for circulating by email.